According to the Recovery Research Institute, it is estimated that 30 percent of LGBTQ+ individuals face some form of addiction, compared with 9 percent of the general population. However, there is a lack of LGBTQ+ recovery resources. 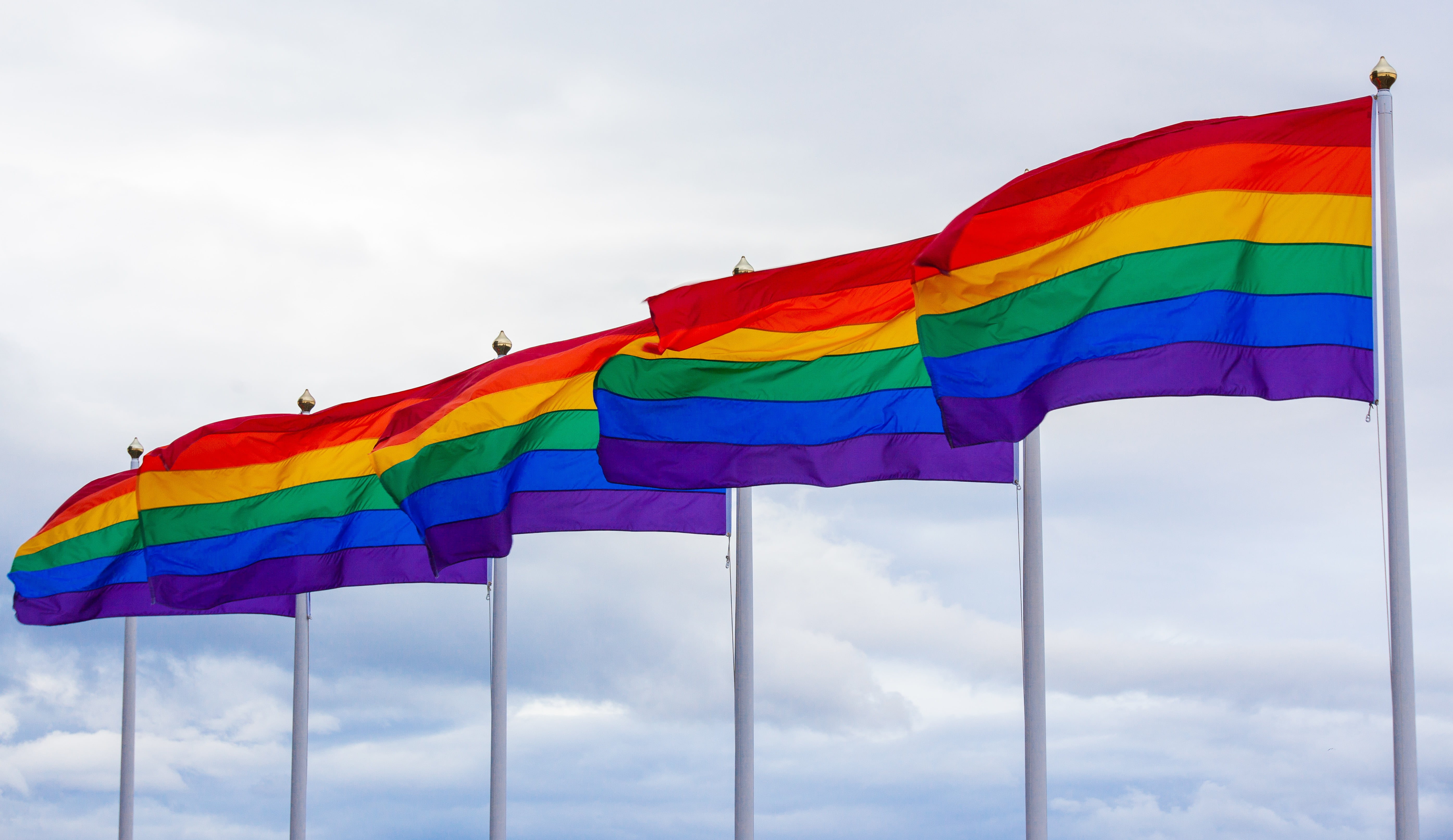 Photo by Jasmin Sessler on Unsplash

Despite substance use disorders disproportionately affecting larger numbers of the LGBTQ+ community, recovery looks largely heteronormative. Both mutual aid meetings and online recovery communities are geared more to cisgendered and heterosexual individuals, making these spaces feel exclusive to many in the LGBTQ+ community. However, LGBTQ+ people represent 12 percent of Americans who have found recovery.

“With the risk of developing a substance use disorder as much as 20-30 percent higher for individuals who identify as LGBTQ+, it is baffling to me that heterosexism still pervades large pockets of the recovery communities,” she says.

“Heterosexual individuals are often unaware of the privilege they hold and what life is like for those without it,” Feldman says. “While for many folks, the idea of suggesting that ‘men stick with the men and women stick with the women’ seems to be sound advice, this suggestion totally discounts the reality of gender identity being far more than a binary of male or female.  It also ignores the fact that sexual orientation actually exists on a vast and fluid spectrum that includes so much more than just a firm heterosexual.”

Why does substance use disorder affect more LGBTQ+ people?

People who identify as lesbian, bisexual, gay, trans, queer, intersex, or asexual and a myriad of other communities (LGBTQ+) are at a statistically higher risk of addiction because they face increased stigma, discrimination, and other challenges on a regular basis — such as healthcare inequalities, exclusionary governmental policies, social rejection, hate crimes, harassment, violence, and barriers to accessing quality housing, healthcare, and employment.

Facing these daily inequalities, prejudices, and homophobic behaviors can lead to coping with substances, while having less access to healthcare.

Socialization is a big factor, too. Many events within the community are largely focused around bars as a primary social outlet. Plus, alcohol advertising is geared toward the LGBTQ+ community, with the rainbow flag often used on popular alcohol branding.

According to the National Institute of Drug Abuse and the Recovery Research Institute: 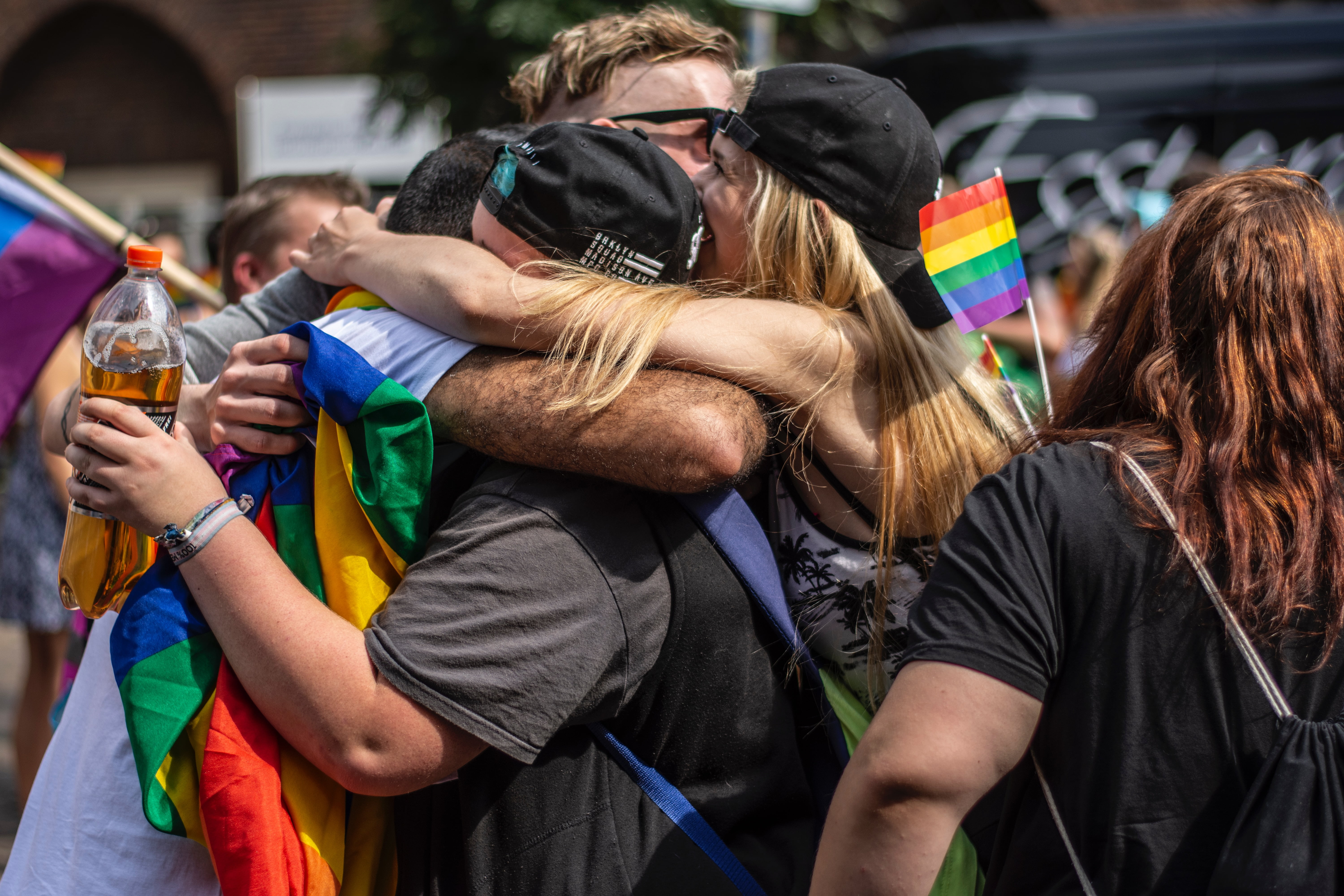 Photo by Jean Sabeth on Unsplash

Given the unique characteristics and disparities that individuals face within the LGBTQ+ community, it is essential that we continue to expand queer-specific resources and be more accommodating in all recovery spaces. Below, we have listed specific resources for LGBTQ+ individuals as well as tips on how to be more inclusive in your recovery spaces.

Across the nation, there are an increasing number of resources for people in the LGBTQ+ community. Many of them are city-specific. We have listed a range of online communities, social accounts to follow, gatherings and events, social spaces, and meetings that are available nationally.

While there are multiple pathways of recovery, each person will need an individual approach that deals with their unique needs.

Meetings: Gay & Sober, LGBTQ Recovery Group (online), Gay and Lesbians in Alcoholics Anonymous. There are also numerous meetings in cities across the nation, just search for your city and “LGBTQ+ friendly recovery meeting.”

Mutual-aid meetings are the most widely available free resource for those seeking recovery. However, given the language used and the sometimes limited awareness of the issues the LGBTQ+ community face, we have a way to go to provide a more inclusive space.

Them: Sober Queer Spaces Are Giving LGBTQ+ People a Place to Just Be