Dr. Clark is currently the Dean’s Executive Professor of Public Health at Santa Clara University in Santa Clara California. He is formerly the Director of the Center for Substance Abuse Treatment, Substance Abuse and Mental Health Services Administration, U.S. Department of Health and Human Service, where he led the agency’s national effort to provide effective and accessible treatment to all Americans with addictive disorders. Dr. Clark was also the former chief of the Associated Substance Abuse Programs at the U.S. Department of Veterans Affairs Medical Center in San Francisco, California and a former associate clinical professor, Department of Psychiatry, University of California at San Francisco (UCSF). Dr. Clark served as a senior program consultant to the Robert Wood Johnson, Substance Abuse Policy Program, a co-investigator on a number of the National Institute on Drug Abuse-funded research grants. He worked for Senator Edward Kennedy as a health counsel on the US Senate Committee of Labor and Human Resources.

Dr. Clark received a B.A. in Chemistry from Wayne State University in Detroit, Michigan; he holds a Medical Degree and a Master’s in Public Health from the University of Michigan, Ann Arbor; where he completed a Psychiatric Residency at University Hospital, Neuropsychiatric Institute. He obtained his Juris Doctorate from Harvard University Law School and completed a two-year Substance Abuse Fellowship at the DVAMC-SF. Dr. Clark received his board certification from the American Board of Psychiatry and Neurology in Psychiatry and sub-specialty certifications in Addiction Psychiatry. Dr. Clark is licensed to practice medicine in California, Maryland, Massachusetts and Michigan. He is also a member of the Washington, D.C., Bar. 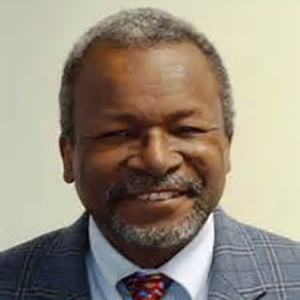