Ruby Takushi, Ph.D. is a co-founder of the Recovery Café Seattle and currently serves as Director of Programs. The Recovery Café Network was birthed out of that work and in 2016 the first cohort of new Cafes was launched. Ruby is a licensed psychologist. She received her doctorate from Fuller Theological Seminary in 1990 and completed a specialization in Group Psychotherapy from St. Elizabeths Hospital in Washington DC. She provided services at the DC General Hospital Methadone Clinic for women from 1992-96. Ruby continued her professional focus at the University of Washington Addictive Behaviors Research Center from 1996-1999. It was during those years that she began to recognize the need for compassionate, consistent longterm recovery support. 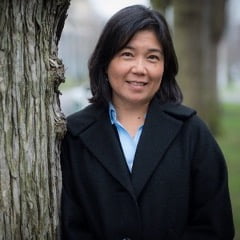