Donald Whitehead a person in long term recovery. What that means is that he has been completely free from the use of all substances for over 21 years. Due to the disease of addiction he found himself trapped in the terrible realities of homelessness. In 1995 he completed a six-month treatment program. Since that time Whitehead has become one of the country’s leading advocates for recovery and homelessness.

Donald testified before committees in the 107th and 108th Congress.
Whitehead is a very popular public speaker with over 500 motivational speeches in 36 states, Puerto Rico, the District of Columbia along with speeches in Toronto Canada.

Whitehead has been a dinner guest of former President and Senator Bill and Hillary Clinton and a member and speaker at the 40th Anniversary of the Dr. Martin Luther King Jr.

Donald has received numerous awards in 2005, a distinguished service award from the Congressional Black Caucus, appointed by Mayor Stephanie Rawlings Blake for the Baltimore Ten Year Plan to End Homelessness, by Governor Martin O’Malley to the Maryland State Alcohol and Drug Abuse Council.

Donald serves on the board of the National Coalition for the Homeless, is a former Board Member for Faces and Voices of Recovery and the Baltimore Healthcare for the Homeless.

Donald recently completed his first novel “Most Unlikely to Succeed”. Donald has appeared in Five independent films including “Open the Sky” a film completed in 2000 where Donald received a regional “Emmy in the Performance category. 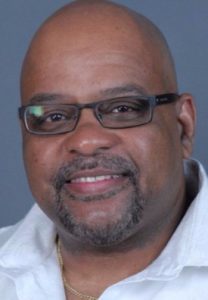