Most of my life I had been uncomfortable. I didn’t know this when I was 7, I just thought everyone felt that way. I didn’t know what to do with all the stuff that I felt and the thoughts that I had. So, I withdrew, I hid, I stuffed my feelings, I pretended that things were okay, I “tried on” other people’s personalities and how they dressed and talked and wrote their name. Looking back, I felt utterly powerless and this was all before I was 12! When I was 15, I found alcohol. And all of sudden, I found my personality. I was ALL those things that I wasn’t when I was just plain Jennie. I was loud and funny and everyone wanted to hang out with me. I was even voted “most fun to be with” my senior year in high school. I felt so sad when they voted me that. There was a part of me that knew that they only liked this person that I had CREATED when I drank. The true me, the REAL me, was rejected. By the time I was 29, the morning hangovers were no longer just physical. The toll that my drinking took on my soul was tremendous. I’d wake up and have to try to piece together what happened the night before. What did I say? Who did I see? Check my receipts, check the garage for the car, check the phone for texts or for numbers that I’d dialed. This behavior was so crippling that I’d drink again to help me forget and dismiss all the self-hate. My internal moral code and my actions were so far apart it was nearly impossible to reconcile. It was like living with two people in my head. My pattern of self-destruction, self-loathing and being uncomfortable continued through two marriages, through two domestic violence incidences, through many mornings of waking up and wishing that I had not. I got sober in March of 2009. I haven’t had a drink or a drug since. But if you have ever recovered from addiction, you already know that it’s not necessarily about the substance you were abusing. So, there has been a LOT of personal work done over the last eight years. Those first few months, I didn’t think I was going to make it. The swath of destruction that my drinking/using caused, left a path of debris that was going to take 2 years to clean up. Credit cards, legal matters, amends to make, bridges to burn. I had no idea which end was up. But, weeks turned in to months turned in to years. I got better at making decisions, I started to trust myself, listen to myself. I made friends. Real ones. Authentic ones. The kind that you need no mask, no pretense. Just yourself. I made WOMEN friends… this was a big deal. I never had women friends. I hated women, they were just so petty and the DRAMA… Ha! Fast forward to today. I have had hardship, devastating loss, unbridled joy and heartache in those 8 years. But I have chosen, with a LOT of work and with the help of a LOT of people, research, introspection, a higher power (God, Buddha, Rumi, you name it) to not “check out” or numb or hide or run. I have chosen to SHOW UP. I have a son, a husband, a home, two rescue dogs and a LIFE. A life that is built on the foundation of love and trust and authenticity. The drama, the self-loathing, the incomprehensible demoralization is gone. 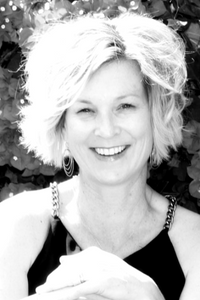