My story…. Where do I begin?

Major depressive disorder became my dark cloud reality around sixth grade. Before that time, I’d say my life was average, having grown up in a fairly typical middle-class family. My teen years were difficult, having experienced both emotional abuse and low self-esteem. Around the age of fifteen, I had my first suicide attempt. The memory seems distant, but the pain still cuts deep. Experiencing near-death alone on my bedroom floor, I merely thought others would be better off without me in this world. Those pills pained me, but I managed to survive. To an outside observer, my life seemed more than fine; if only they were right. My ability to keep up appearances worked until it did not, like most things in life. I excelled at school with above-average grades. I began to work young and established a path toward veterinary medicine. My prospects seemed bright, though inside that dark cloud would often bare sight.

I went onto college, then veterinary medical school abroad. A new country and experience! In a short time, my once high grades fell low. Drinking often at the pubs became my established norm. Drinks most nights, cocktails at brunch, then the ‘hair of the dog’ slowly crept in. Blackouts became often. Within the Scottish culture that drinks and drinks some more, no apparent red flags came to sight. I left after two years in the program genuinely believing I lacked the intellect, never considering the effects of alcohol’s dark depths. Not one to self-pity, I finally found work moving onto academic research. This disease once again reared its big ugly head. Drinking snuck in, productivity went down, and surely enough, I started showing up late. Sick days too numerous to count, the result of drinking alone becoming my natural norm. My contractual hours were eventually cut by half. In that sheer moment of desperation, I received a small ounce of luck. I was accepted into my master’s program. As such, it was another missed call that could have saved my life. Keeping up with appearances, I managed to graduate with honors, though there were countless reckless nights. Without acknowledging this, and things otherwise appearing just right, I seamlessly moved on to my first ‘adult’ job. We all know beginnings start so very bright, but sure enough, those old patterns came to light. My work productivity steadily declined, as did my satisfaction with life.

April of 2019 is where I feel my journey really began. During a short weekend stay with my estranged brother, I met my young niece and nephew for the first time. Realizing I had become someone for them to look up to, I naturally took a hard look in the mirror. In that moment, I realized the reflection of a troubled alcoholic was staring back. I checked myself into rehab just a short week later. Thirty days in treatment gave me a sense of clairvoyance—that sneaky pink cloud. I maintained abstinence for a solid six months. However, life never lets you get by without a test or two. You see, I lost my job just two weeks after discharge from rehab. In the months that followed, the bills slowly piled up, job offers kept slipping away, and to create the perfect trifecta, my boyfriend at the time moved away.

I relapsed in October of 2019 to a pretty severe degree. Three weeks straight at the rate of a bottle of vodka a day. DTs, seizing, and nearing the verge of suicide, I was placed on a 72-hour involuntary hospital hold. By making that phone call, my friend saved my life. Another thirty-day program followed. Grateful for my second chance, I soaked in that information as fast as it came. All those years of school trained me to inhale details to an endless degree. Knowledge is power; at least that’s what I thought, but the application part? I very clearly missed that mark.

Outpatient treatment followed. I attended my first recovery meetings. Checked off the boxes, followed those rehab guides, and so I thought with much confidence, ‘My plans are more than fine.’ Funny enough, those teachings didn’t get me far. Crushing debt and approaching a year without work, my ability to cope broke. With a slow but turbulent decline, I found myself once again rolling in that rock bottom ditch. My third suicide attempt followed in February of 2020, survived by the luck of another 72-hour involuntary hold. Recognizing that treatment of each disease separately was not showing success, a dual-diagnosis outpatient program followed next. For the first time in my life, I could see the interconnectedness of my two diseases. Until this point in my recovery, alcoholism had been seen as my primary disease with depression as the resulting effect. Intensive treatment followed, therapy resumed, and medications were tweaked. That long-standing love affair with alcohol? Well, I finally mourned its goodbye.

During all those years, there were more than enough hints and missed calls that I now reflect upon as the telltale signs of my disease. However, I needed these hardships to be grateful for where I am now. Finally, I have found freedom, peace, gratitude, acceptance, purpose, introspection, and self-awareness. During my short story that truly spans more than two decades of growth, I consistently put in the work with my many doctors and therapists. I persisted. I built my community. I learned to reach out. I developed the capability to sit with my feelings, to reflect, to question my thoughts, and to rationalize my conclusions. I found I’m only as weak as my weakest thought. I gained the power to harness and reframe that thought, propelling myself forward. Ultimately, I realized that there is no secret ‘recipe’ to sobriety. I need to be an active participant in my day-to-day life, rather than the reactive victim. I no longer try to be the person people want, but the person I need to be for me. Live honestly, be responsible, and be accountable- I follow these principles in my day to day life. I know my disease is not my ending, but my recovery is my new beginning.

With all that in mind, I’ll leave you with this: Sobriety is a journey and yours solely to own. Embrace the successes and reflect on the challenges. You are embarking on an eye-opening path to self-discovery. 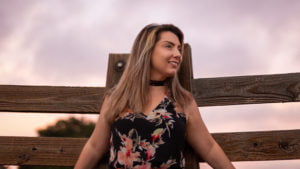