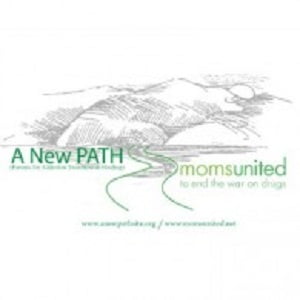 The mission of A New PATH is to reduce the stigma associated with addictive illness through education and compassionate support and to advocate for therapeutic rather than punitive drug policies.  Our goal is to reduce prison recidivism, save lives, heal families and move towards a healthier society.

We educate the public, media and decision makers about the true nature of substance use disorders in order to expand access to quality treatment services in lieu of incarceration.

We advocate for an end discriminatory drug policies that serve as roadblocks to recovery.

Through our Moms United to End the War on Drugs campaign we work to end the stigmatization and criminalization of people who use drugs or who struggle with a substance use disorder.

We offer overdose prevention trainings and distribution of Naloxone (a safe drug that reverses an opioid overdose) throughout San Diego County, and with our Moms United partners across the country.

We are proud of our many accomplishments over our 20 year history, including the passage of Prop 36 (treatment instead of incarceration), and Prop 64 (marijuana regulation and legalization) and two Naloxone access bills in California.

We are also proud of the growth of our Moms United campaign with representatives in 35 states, working to end drug war violence, mass arrest and incarceration and accidental overdose.

We are gratified that we have trained over 2600 people in overdose prevention and Naloxone distribution and we have 502 lives reported saved through our program.

We have been a part of a movement to treat substance use disorders as a public health problem, rather than a criminal justice issue.

A New PATH, can be reached via email at: gretanewpath@cox.net

Gretchen Burns Bergman is Executive Director and Co-Founder of A New PATH (Parents for Addiction Treatment & Healing), a non-profit organization that works to reduce the stigma associated with addictive illness through education and compassionate support and to advocate for therapeutic rather than punitive drug policies.  She served as State Chairperson for Proposition 36 in 2000, which mandates treatment instead of incarceration for non-violent drug offenders in California. She is leading the international Moms United to End the War on Drugs campaign that was started in 2009. She is Owner/Director of Gretchen Productions, a Fashion Show Production Company, started in 1979. Her articles on treatment vs. incarceration have been published nationwide, and she has spoken before countless audiences on the topic of therapeutic justice for individuals with substance use disorders and harm reduction strategies. She has two grown sons who have struggled with addictive illness. 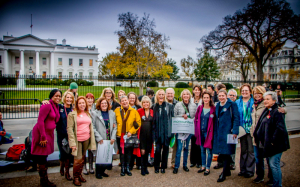