As a shy kid, from a small town, I lacked a great deal of confidence. But, if I were to be completely honest (after all- it’s a program of honesty), I would say that my shyness and lack of confidence started well before my little broken family moved to Redding California. I was born in 1966, in Orange County- at the height of the 60’s drug culture. My Father was a lead singer in a band- from a hard working blue collar family. My Mother was a teen Mom and High School dropout- from a white collar family. It was the perfect storm for alcohol and drug abuse- and practiced regularly. For a time, drug and alcohol-fueled parties were legendary- at our home in Modjeska Canyon. My sister and I were toddlers- so have very little recollection of those mad times. I have some memories; distant and vague. However, for all the things I don’t remember, I have been filled in by family members. The stories were fodder for drunken bravado; but no place for small children. They still speak of the ‘Bean Jar’- fondly sometimes. It was a cookie jar full of pills- various uppers and downers. As a result of their addictions, my parents neglected their two little girls. My sister received a life-altering head injury at ten months old. I was born with ADHD, a speech impediment, and was severely pigeon-toed. It took years to undo some of the damage done. I found out some years later, that my mother took speed, when she was pregnant. So, really, that’s where my story started. It ended when I decided, at 43, to get sober. I binge drank for 23 years. In sobriety I’ve gone on to earn a STEM Scholarship and BS Degree. And that’s just the beginning. 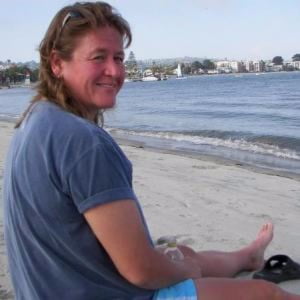