I started drinking when I was 13. By 17, I had overdosed, had been sexually assaulted twice, had moved out of my family home, had developed an eating disorder and had tried to commit suicide. My saving grace was that I’m really smart. Even though I was in and out of the hospital, I was going to class, doing well on the SAT and taking AP classes. I had compartmentalized my life. But as I got older, it got harder to compartmentalize the lives.

My addiction did not stop me from getting into Emory University. While there, I continued to struggle with addiction and depression and on the advice of an on-campus therapist agreed to treatment and sober living in Mississippi. The experience proved transformative. I returned to Emory and helped start the university’s collegiate recovery community. I graduated in 2016 and I am now enrolled in social work school at the University of Southern California. I credit a solid group of friends for helping me maintain my sobriety at Emory. Plus, I didn’t think I was missing out on anything. I had already seen or done everything from the time I was 13. Now, I don’t need to be drunk to be at a bar or to go dancing. Being drunk or high robs me of the presence of the moment. I don’t need substances to have a good time. I found my good time among friends, both those I had before recovery and those I made after. I also pursued interests I had let lapse, such as dance, writing and acting, by making those apart of my time on the Emory campus. Because the Atlanta-based university is small, I relied on my friends and my sorority sisters for support. I needed that core group of people who really understood, not just what it meant to be sober, but to be a sober Emory college student. We came from similar socioeconomic backgrounds and academic rigor. We shared aspirations, drive and motivation. These friendships made the difference, enabling me to be more than a student in recovery. I’m more than a label. I got sober so I can be a functioning member of society and create a lasting impact on the world. 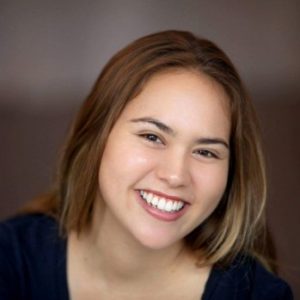