I Have a Dream is Martin Luther King Jr.’s most well-known speech, however, most people are unaware of how it actually came about. King recited the first half of the speech directly from his written notes. Midway through, gospel singer Mahalia Jackson called out to him to tell the crowd about “the dream”. At that point he abandoned his notes and improvised the remainder of the speech not from his notes, but the conviction he had in his heart for equality and freedom, resulting in one of the most iconic speeches in American history. Revolution is defined as a dramatic and wide-reaching change in the way something works or is organized or in people’s ideas about it.

Join us as we seek to “revolutionize the dream” by abandoning the script and speaking from the heart about diversity, equity and inclusion in recovery spaces. 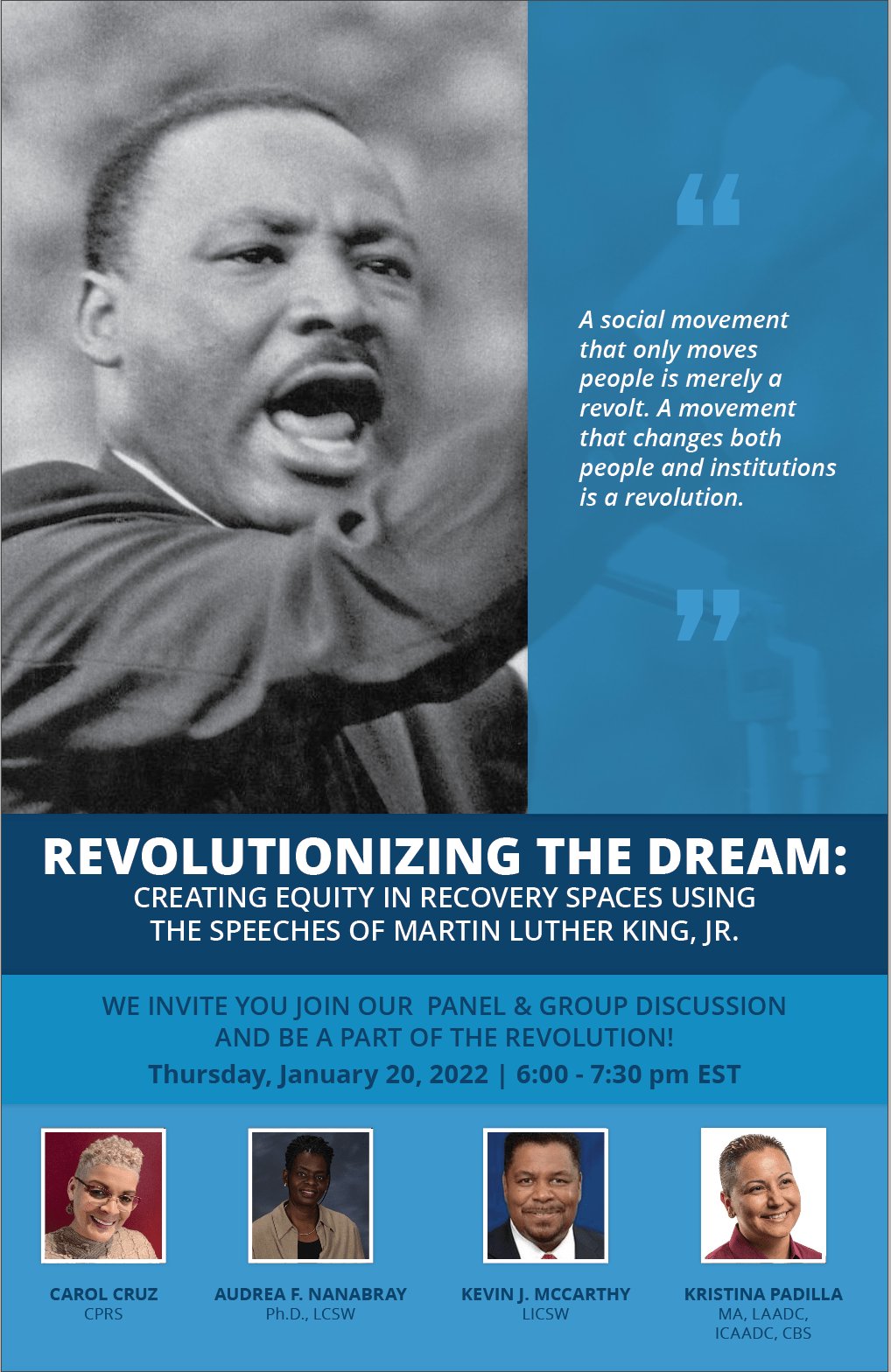