Captain Dana Archibald is the President & CEO of The Aviation Family Fund (AFF), a 501©3 non-profit fund he personally established to assist aviation families with financial help throughout chemical dependency treatment. Prior to his current title, Captain Archibald was Chairman for the Airline Pilots Association International (ALPA) Human Intervention & Motivation Study (HIMS) program for seven years. During that time, he was also the Chairman of the FAA Advisory Board for HIMS. In this role, he served 50 airlines & several corporations, representing approximately 100,000 commercial pilots. Dana was also the Aeromedical &/HIMS Chairman for American Eagle Airlines for a decade.

As a person in long-term recovery, Dana has worked with the majority of airlines in the USA, and has been honored to speak at numerous conventions around the world including: Amsterdam, Australia, Brazil, Brussels, Canada, Dubai UAE & New Zealand where he has educated governments and airlines about the HIMS Program.

Dana graduated from Embry Riddle Aeronautical University in 1986 with a B.S. in Aeronautical Studies. He has been employed with American Airlines & Eagle Airlines for over 30 years. Dana is also the recipient of the Airline Pilots Association International Presidential Citation Award for his numerous years of service in assisting pilots & their families with chemical dependence. He currently holds a Labor Assistance Professional-Certified (LAP-C), National Certified Addictions Counselor (NCAC-I) and is a qualified DOT Substance Abuse Professional (SAP) in the Employee Assistance field.

In 2017, CBS Sunday Morning contacted Dana to interview him for a lead segment regarding pilots with alcohol use disorders. In December that year, Captain Archibald was featured in the lead story of the 30+ year CBS program hosted by Jane Pauley:https://www.cbsnews.com/news/rehab-that-puts-alcoholic-pilots-back-in-the-cockpit/

Dana is currently a 737 Captain with American Airlines and resides between Raleigh, North Carolina and South Florida. He continues to educate himself on chemical dependence, recovery, and uses any opportunity to educate our society for better understanding of alcoholism and chemical dependency. 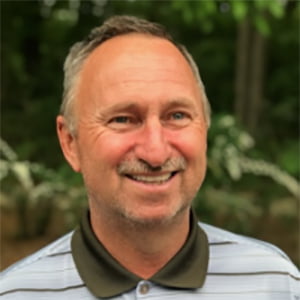