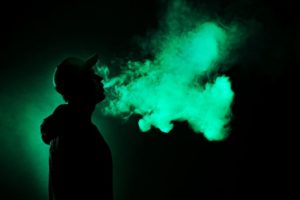 Federal officials have tentatively identified the potential source of recently reported vaping-related respiratory illnesses and deaths. The culprit
appears to be vitamin E acetate, a substance long used as a nutritional supplement and topical skin treatment but whose oily consistency may make it quite toxic when inhaled via vaping. While these findings are preliminary and require confirmation in multiple studies, the unfolding story of vaping-related injuries is pregnant with implications for those on the frontlines of harm reduction, addiction treatment, recovery support, and recovery advocacy.

The vaping illnesses and deaths affirm several principles that can guide our monitoring of emerging drug trends. New technologies that increase the efficiency of drug consumption by altering per episode and lifetime drug dosage, drug purity, or route of drug administration may require a fundamental rethinking of the risks associated with particular drugs.

While the toxic effects of new drugs and new ways of using known drugs are usually identified early in their social emergence, the nightmare scenario would be a Trojan Horse that possessed few if any short term negative effects but devastating effects linked to long-term use. That is precisely the scenario that forced a radical rethinking of the effects of smoking tobacco over the past century. When toxic drug effects become quickly apparent before widespread use, mass public health damage can be minimized. In the case of tobacco smoking, short term studies would not have revealed smoking as the ticking time bomb that it is. We must be vigilant in identifying other drugs and patterns of drug consumption that may share a similar trajectory.

This is the only point I wish to make in this blog. Those at the forefront of dealing with addiction are in a unique position to identify such threats early in their emergence. Through careful listening and observation we may be able to identify new threats to the health of individuals and communities early in the history of their emergence. Seeing such threats, we can communicate what we are observing to public health and community leaders, and by so doing, arouse action to reduce the numbers of people exposed to such threats as well as get people already exposed the help they need as quickly as possible.  Listen. Observe. Help. Advocate.  We are a crucial part of a desperately needed early warning network.