Sober Curious: Can We Afford to Be So Judgmental?

The term “sober curious” has been increasing in popularity in recent years. It is a movement that is gaining traction among millennials who are more health-conscious. Perhaps some have been drawn to the sober lifestyle by social media influencers who give us a glimpse into the expansive life that can be found in recovery.  For individuals already in recovery, however, there are some mixed views of those who are sober curious — those not in favor criticize the sober curious as tourists who didn’t have to make the same life-changing decision to get sober that they did. They say that trying sobriety on for size makes a mockery of their daily efforts to save their own lives. 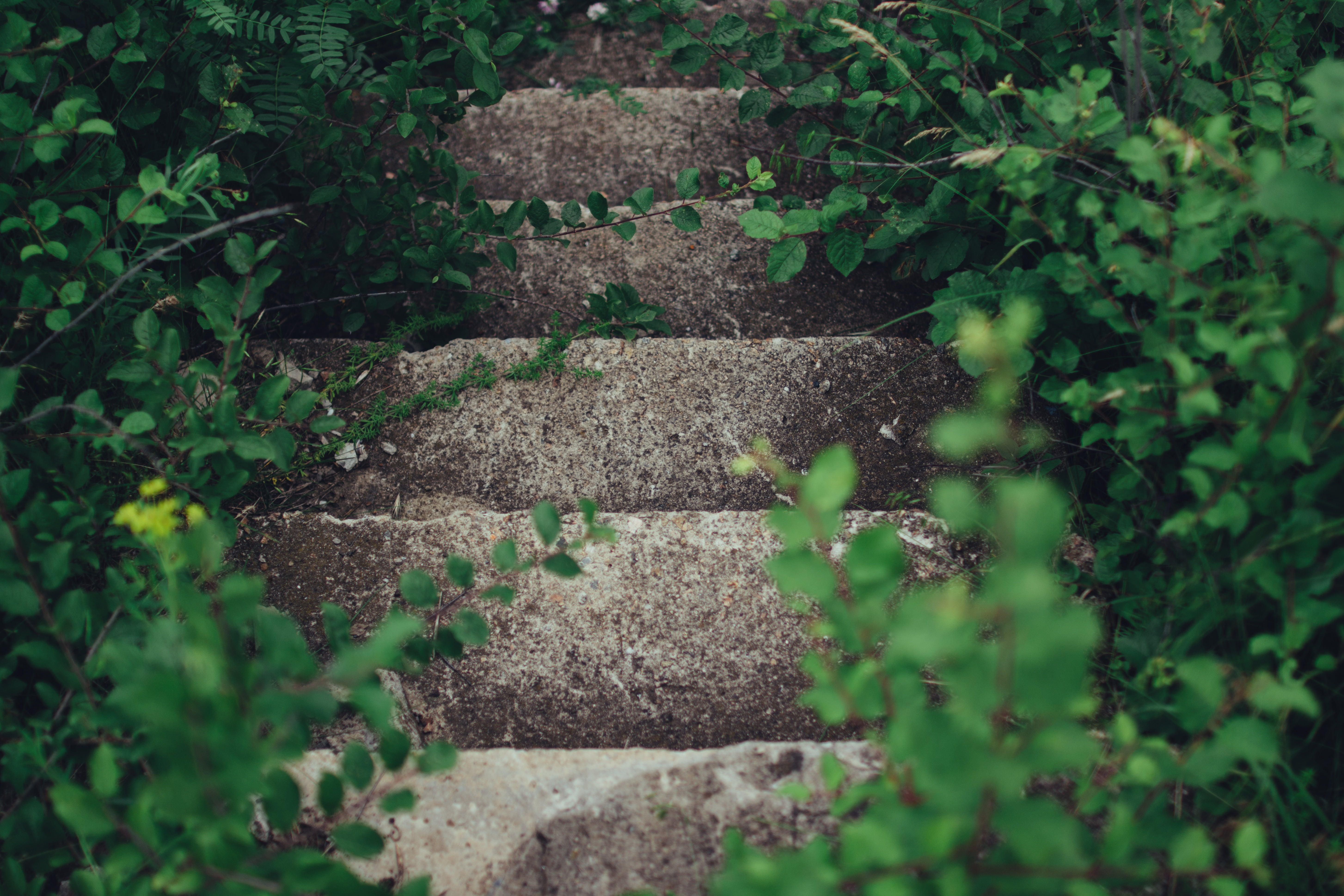 Whether you’re pro or against, sober curiosity is trending. Many media outlets have covered the topic extensively, as shown by these recently published stories: The New Sobriety, Breaking The Booze Habit, Even Briefly, Has Its Benefits, and The rise of the sober curious: having it all, without alcohol.

The sober curious movement is also encouraging businesses to better cater to sober customers, with mocktail and drinks manufacturers such as Curious Elixirs, Seedlip, and Mingle Mocktails popping up. Tasty alcohol-free offerings give those who are sober curious more opportunities for their sober lifestyle to stick.

Even if the sober curious are leaving a bitter taste in the mouths of those who fought hard for their recovery, surely we can ask ourselves: Is some awareness better than none at all? With nearly 16 million Americans suffering with alcohol use disorder, do we have the luxury of criticizing any movement that creates awareness of harmful drinking — even if sobriety doesn’t stick the first time?

Alcohol use in the United States

Many Americans drink above the standard recommended limits of one drink per day for women, and two drinks for men. According to the Substance Abuse and Mental Health Services Administration, drinking on five or more days in the past month is classed as heavy alcohol use,  while binge drinking is classed as drinking four drinks for women or five drinks for men in one sitting.

Since alcohol is being increasingly marketed as a means to relax from the stresses of life, cope with motherhood, and even to celebrate gay pride, it is no surprise that more and more Americans fall into these heavy or binge drinking categories. 26.9 percent of people aged 18 years or over engaged in binge drinking in the last month, and 7 percent reported that they engaged in heavy alcohol use.

Alcohol use disorder in the United States

When problematic drinking becomes severe, it may meet the medical diagnosis of alcohol use disorder, which is classified as a chronic relapsing brain disease characterized by compulsive alcohol use, loss of control over alcohol intake, and a negative emotional state when not using.

The National Institute on Alcohol Abuse and Alcoholism* (NIAAA) reports that alcohol use disorder affects 15.1 millions adults aged 18 or over in the US. This number comprises 9.8 million men and 5.3 million women. Sadly, only 6.7 percent of those adults received treatment.

The effects of alcohol on the human body can be devastating, if not fatal. According to NIAAA:

Alcohol use is the third leading preventable cause of death in the United States — the first being tobacco use and the second poor diet and physical inactivity.  The Centers for Disease Control and Prevention reported that between 2006 and 2010, 88,000 Americans died each year due to alcohol-related causes. In 2014, there were 9,967 deaths due to alcohol-impaired driving — a third of overall driving fatalities.

The rise of the sober curious

Over the years, people have been flirting with sobriety as a means of getting healthier over the holidays, or to dry out after a heavy party season. Sober October and Dry January are some of the more common campaigns of organizations across the globe to raise awareness of people’s alcohol use and promote the benefits of giving the body a break from ingesting a toxin on a regular basis.

A recent study compared individuals who abstained from alcohol for one month against a control group who continued drinking. The results were no surprise: those who abstained reported improved sleep, weight loss, improvements to insulin sensitivity and blood pressure, and a healthier liver. Another study showed the benefits of taking a break from alcohol, even if only for a short period.

These challenges happen every year, but there has been a distinct upturn in those curious about sobriety beyond these annual campaigns.

Perhaps the rise of sober curious as a movement came about when social media influencers began to share their journeys of sobriety, and used platforms like Instagram to raise awareness about excessive alcohol use. 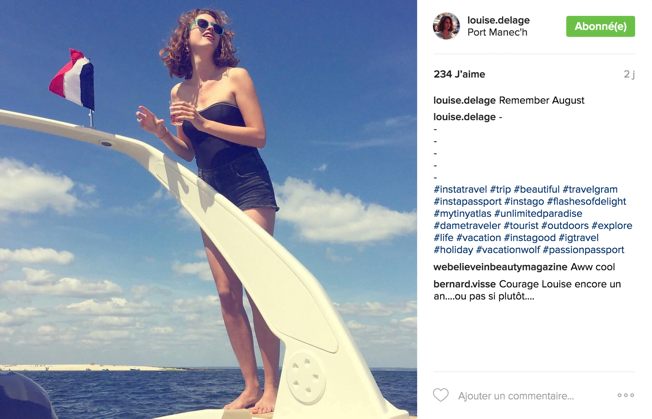 In 2016, the profile of Instagrammer Louise Delage grew rapidly. With a following of over 100,000 people, she was “Instafamous” for posting her glamorous lifestyle at parties and traveling the globe — until it was revealed that her profile was fake. It was created by a French addiction support agency to raise awareness of the problematic use of alcohol. When you looked at the glamorous images more closely you could see that each image pictured her with a drink. The Guardian recently suggested that the campaign was so successful that because it represents the real-life profiles of influencers on social media “whose cocktail-filled lives many follow and covet.” It was quite a sobering reality, and one that woke many of us up.

The case of Louise Delage gave the recovering community the opportunity to talk about sobriety and be heard. Author and teacher Laura McKowen spoke about the expansive life on the other side of the bottle: “If you could see even a fraction of what’s possible for you, you would fall to your knees and cry,” she says. Blogger Holly Whitaker has given rise to recovery being a social justice movement, where she turns drinking culture on its head. She says that “it’s a rebellious act to not drink,” and that “you are not the weird one for questioning your use of an institutionalized drug.” Tell Better Stories Media raises awareness of the insidious messaging behind alcohol marketing, and how much we lean on this drug to cope with life.

The criticisms of people exploring sobriety

Some in the recovery community are less forgiving of those using short-term sobriety as a lifestyle improvement challenge. For them, recovery is less of a choice and more of a life-or-death decision: find recovery or continue down the spiral towards a less fortunate, potentially fatal, outcome. And for many of us, that was no easy task. Recovery is hard. For some it requires repeated attempts, inpatient detox and therapy, a lifetime of unraveling childhood trauma, and relearning how to live without resulting in destructive behaviours. This kind of recovery isn’t about hashtagging #sober-curious — it’s about hashtagging #saving-our-lives.

You could argue, however, that our actions as people in recovery are separate from — and not influenced by — the actions of those trying to make an improvement to their well-being. We still found recovery and work on it every day whether or not someone is choosing to take part in a sober challenge.

A person’s choice to improve their health and well-being, as fleeting as the resolution might be, is no reflection on our journey or the reality of our recovery. Those who stick around and continue on the pathway of sobriety soon discover that recovery isn’t all pink fluffy clouds. And those who don’t will at least have their eyes opened to the impact that alcohol is having on their lives: sometimes that is too much to face, and that might mean returning to use. That is their choice.

What we can do, however, is continue to live our lives in recovery. One day, the sober curious might turn to us for help facing the problem of their alcohol use. Surely we can offer the hand of recovery in return? 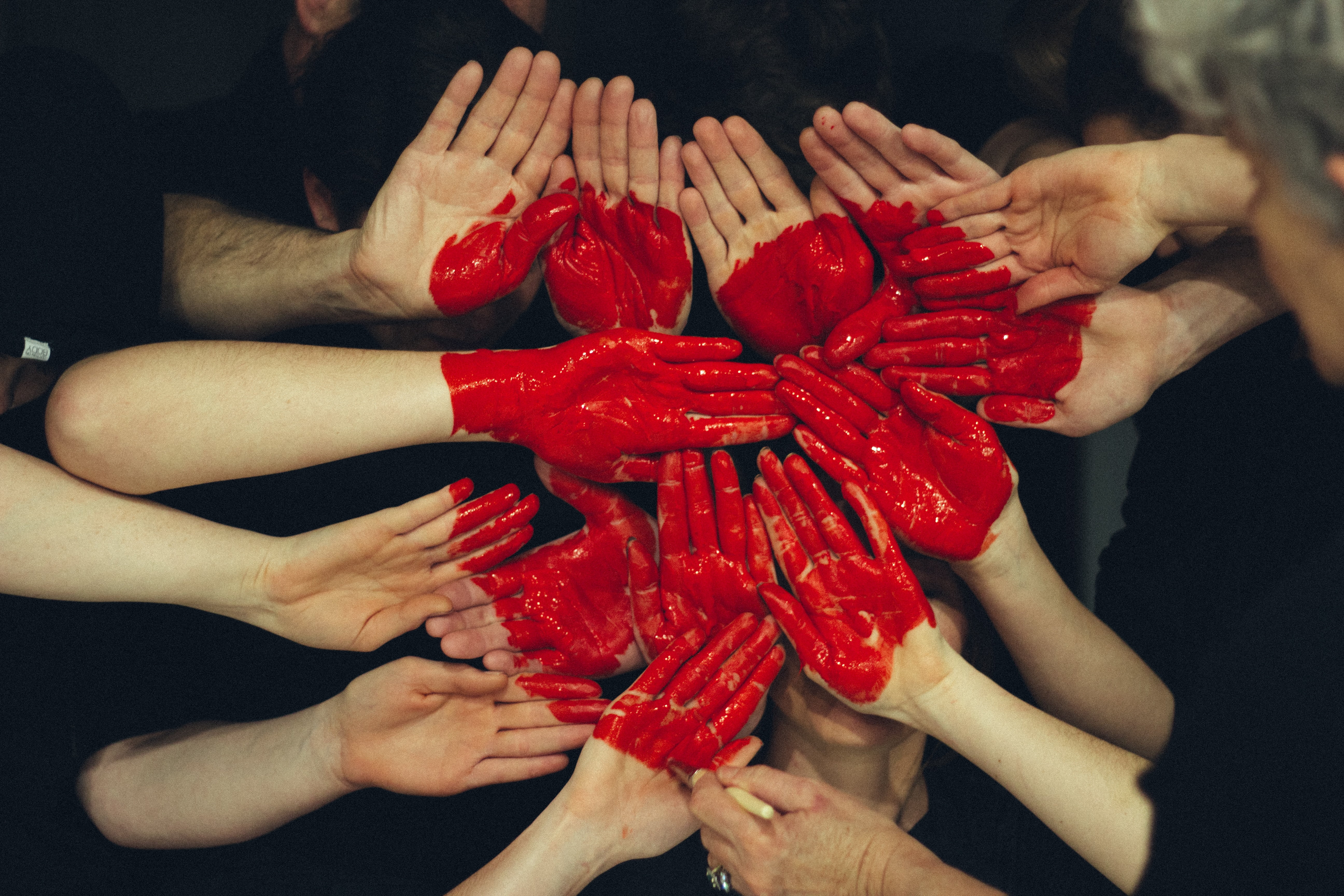 Photo by Tim Marshall on Unsplash

*Please note our latest blog on the impact of language and how we can use less stigmatizing language.