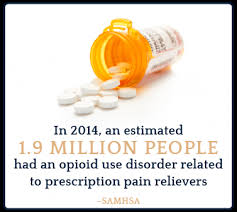 A recent study led by Dr. Roger Weiss provides optimism about recovery from prescription opioid addiction. Weiss and colleagues followed 375 patients admitted to buprenorphine-naloxone treatment with different intensities of counseling. Patients were formally evaluated at 18, 30, and 42 months following admission as part of the Prescription Opioid Addiction Treatment Study funded by the National Institute on Drug Abuse. At month, 42, 80% of those who remained in opioid agonist treatment reported opioid abstinence and 50% of those not in agonist treatment reported opioid abstinence. Participants with any history of past heroin use were less likely to be abstinent at follow-up.

Two factors were associated with opioid abstinence: opioid agonist treatment with buprenorphine or methadone and participation in recovery mutual aid groups. Interestingly, those patients who were currently in agonist treatment were more likely to also be involved in recovery mutual aid groups. Outpatient counseling at time of follow-up was not associated with opioid abstinence.

Now here is a key point in their findings: “while receipt of agonist treatment and attendance at mutual-help meetings were both helpful, neither detracted from nor enhanced the abstinence effect of the other. Rather, the benefits were independent and additive.” This finding challenges my previous assertions on the potential multiplication (synergism) effects of combining medication and recovery mutual aid involvement, but it does support my advocacy in combining both interventions. Here is the authors’ final conclusion in the study report: